Dipesh Chakrabarty and the Global South 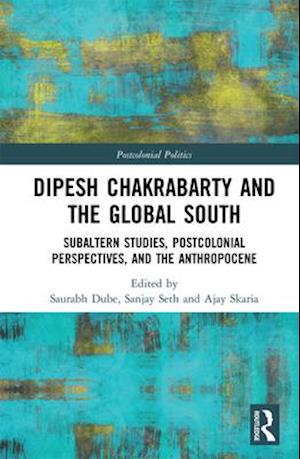 Over the last four decades, Dipesh Chakrabarty's astonishingly wide-ranging scholarship has elaborated a range of important issues, especially those of modernity, identity, and politics - in dialogue with postcolonial theory and critical historiography - on global and planetary scales. All of this makes Chakrabarty among the most significant (and most cited) scholars working in the humanities and social sciences today. The present text comprises substantive yet short, academic yet accessible essays that are crafted in conversation with the critical questions raised by Chakrabarty's writings.Now, Chakrabarty holds the singular distinction of making key contributions to some of the most salient shifts in understandings of the Global South that have come about in wake of subaltern studies and postcolonial perspectives, critiques of Eurocentrism together with elaborations of public pasts, and articulations of climatic histories alongside problems of the Anthropocene. Rather than exegeses and commentaries, these original, commissioned, pieces - written by a stellar cast of contributors from four continents - imaginatively engage Chakrabarty's insights and arguments, in order to incisively explore important issues of the politics of knowledge in contemporary worlds. This book will be of interest to scholars and graduate students interested in a wide variety of interdisciplinary issues across the humanities and social sciences, especially the interplay between postcolonial perspectives and subaltern studies, between man-made climate change and the human sciences, between history and theory, and between modernity and globalization.