- The Most Amazing Prehistoric Creatures Ever to Have Lived on Earth! 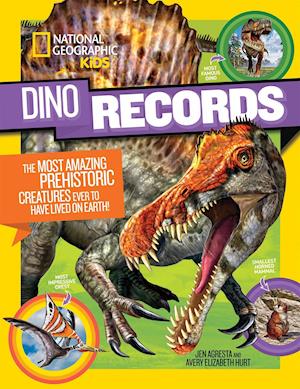 Curious which creatures ruled when dinosaurs roamed the Earth? Get ready to meet the record-setters, including the biggest, smallest, smartest, weirdest, deadliest, most notorious, and most mysterious of all time. You'll find fantastic firsts, including the first dinosaur fossils found and the first dinos in space. And you'll meet other rad, remarkable creatures that lived before, after, and alongside them. Did you know that the largest fish, the largest turtle, and the largest flying animal that ever existed lived during the time of the dinosaurs? Or that mammals - no bigger than a small dog when dinosaurs roamed - eventually evolved into massive land animals? See who wins in head-to-head species smackdowns and enjoy games that complement the records. From the Trade Paperback edition.