Digital Astrophotography: The State of the Art

- The State of the Art 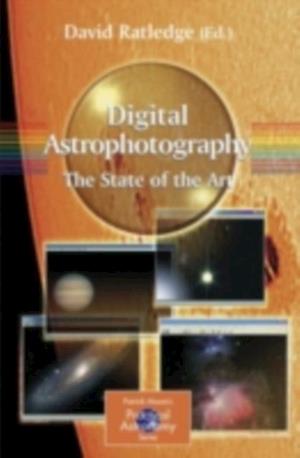 In the years since The Art and Science of CCD Astronomy was ?rst published, digital imaging has been transformed from what was, in reality, a minority int- est to mainstream. Not even the most committed of CCD devotees could have predicted the few years it would take for digital imaging to supplant ?lm. We all probably guessed that a new age was dawning, but the speed at which silicon sensors came to dominate the photography market was simply staggering. New areas also appeared. No one predicted webcams would become the instrument of choice for imaging the planets. Afocal photography re-emerged in digital format. For mainstream imaging, color has become almost the norm. It was therefore time for a new book - and one in color! If you read the astronomical magazines, you are, no doubt, familiar with the names and images of our contributors. Sky & Telescope, Astronomy, Night Sky, Astronomy Now and other leading magazines from around the world have all included their work, in terms of both images for their gallery sections and feature articles.