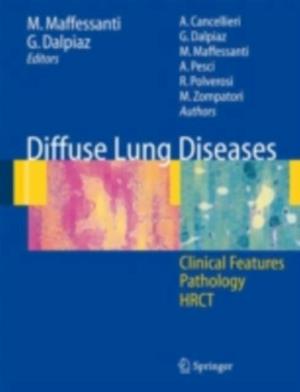 Maffessanti & Dalpiaz Would you set off on a car journey... Would you set off on a car journey without first having filled up with gas? Would you travel around the South of France without a roadmap? Would you head off for Ireland without first finding out about its history? Would you go trekking in Nepal without first finding out who your traveling companions were? Would you take part in a tour of India without knowing what you were to see and the diffic- ties you would face? How this book The idea for this book came about some time ago at Corvara (Italy, in the Alps). Lorenzo Bonomo had came about decided to organize Radiology courses in the snowfields according to the undeniable principle 'mens sana in corpore sano', entitling them 'High Altitude Radiology'. Each day was devoted to an organ and that year was dedicated to the diffuse diseases. We were responsible for the chest and we had organized our lessons in an entirely interdisciplinary fashion, because either diffuse infiltrative lung diseases are treated in this way, or not much is understandable. Who are From the idea to its realization, the development of the volume was not easy. We began with a clinician, the authors a pathologist and four radiologists. With time someone was lost along the way and someone new came on board, as often happens on any long journey.