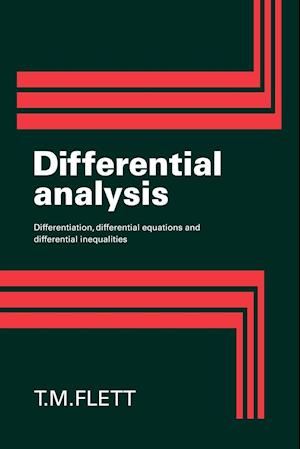 T. M. Flett was a Professor of Pure Mathematics at the University of Sheffield from 1967 until his death in 1976. This book, which he had almost finished, has been edited for publication by Professor J. S. Pym. This text is a treatise on the differential calculus of functions taking values in normed spaces. The exposition is essentially elementary, though on are occasions appeal is made to deeper results. The theory of vector-valued functions of one real variable is particularly straightforward, and this forms the substance of the initial chapter. A large part of the book is devoted to applications. An extensive study is made of ordinary differential equations. Extremum problems for functions of a vector variable lead to the calculus of variations and general optimisation problems. Other applications include the geometry of tangents and the Newton-Kantorovich method in normed spaces. The three historical notes show how the masters of the past (Cauchy, Peano...) created the subject by examining in depth the evolution of certain theories and proofs.