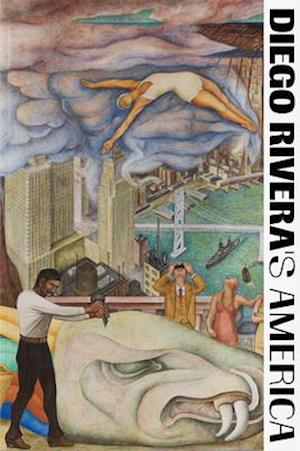 Diego Rivera's America revisits a historical moment when the famed muralist and painter, more than any other artist of his time, helped forge Mexican national identity in visual terms and imagined a shared American future in which unity, rather than division, was paramount. This volume accompanies a major exhibition highlighting Diego Rivera's work in Mexico and the United States from the early 1920s through the early 1940s. During this time in his extraordinary career, Rivera created a new vision for the Americas, on both national and continental levels, informed by his travels back and forth across the U.S.-Mexico border. Rivera's murals in Mexico and the U.S. serve as points of departure for a critical and contemporary understanding of one of the most aesthetically, socially, and politically ambitious artists of the twentieth century. Works featured include the greatest number of paintings and drawings from this period reunited since the artist's lifetime, presented alongside fresco panels, mural sketches, and cartoons. This catalogue serves as a guide to two crucial decades in Rivera's career, surfacing his most important themes, from traditional markets to modern industry, and devoting attention to iconic paintings as well as many other works that will be new even to scholars-revealing fresh insights into his artistic vision and process. This publication features original essays and reflections by authors from Mexico and the U.S., including curator James Oles as well as Maria Castro, Claire Fox, John Lear, and Sandra Zetina, with contributions by Dafne Cruz Porchini, Rachel Kaplan, and Adriana Zavala. Published in association with the San Francisco Museum of Modern Art. Exhibition dates: San Francisco Museum of Modern Art: November 21, 2020-April 25, 2021 Crystal Bridges Museum of American Art, Bentonville, Arkansas: June 19-September 27, 2021