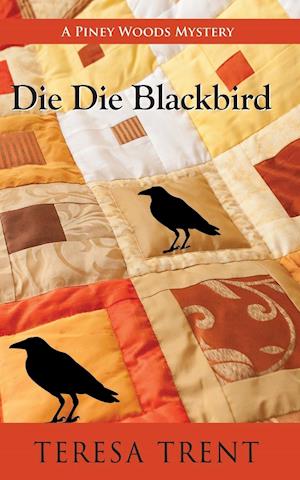 Nora Alexander is finding her job exciting as she welcomes paranormal investigators Jack and Daisy Foley to the Tunie Hotel. They are trying to contact the ghost of Sam Houston not only for their internet production but because it is reported there is a stash of Santa Anna's gold hidden somewhere.  They are operating on the theory that Sam Houston visited a lady of the evening in Piney Woods and locate Red Ruth Inn where a parking lot now stands.  Not only do these two stir the spirit world, but they also bother some of the town's most established citizens including the town's quilting group who doesn't appreciate their overtaking of the hotel with ghost hunting equipment.

When a townsperson is murdered with suspected ties to the local gang, The Alamo Runners, Nora finds herself wanting to protect his wife and daughter all the while getting cryptic messages from beyond. Jack and Daisy aren't the only ones with a connection to the other side.