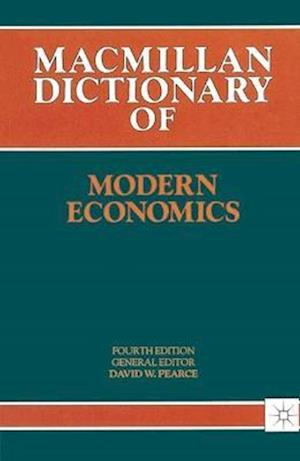 This reference book answers both the enduring questions which economists have considered for two centuries or more and the issues of the moment such as economic change in Europe, the problems of pollution or the prospects for greater freedom of trade. With 2800 entries, it is comprehensive in its coverage of theory, national and international institutions, schools of thought and major economists up to recent Nobel Prize winners. This 4th edition includes entries prepared in Eastern Europe on significant topics viewed from that perspective. In addition it supplies comparative statistics on major economic variables for selected countries, sets out the origins of widely used acronyms and contains a new subject index.