Dictionary of Medieval Heroes - Characters in Medieval Narrative Traditions and their Afterlife in Literature, Theatre and the Visual Arts 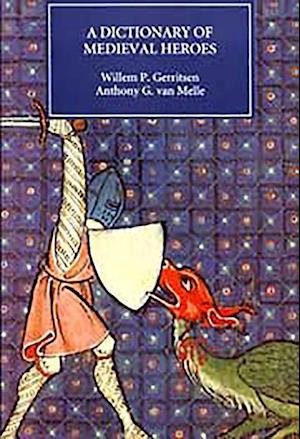 A treasury of medieval tales about the great heroes of the time is unlocked in this volume. Some are familiar figures, like Charlemagne and his paladins, Arthur and his knights, or Tristan and Isolde, but there are many other lesser-known, but equally fascinating, stories to be found, ranging from the medieval versions of the exploits of Alexander the Great and Aeneas to the parody of heroism in Reynard the Fox. The different cultures from which the middle ages drew its inspiration are represented: Cu Chulainn from the Celtic world, Apollonius of Tyre from Greek romance, Attila the Hun and Theodoric the Ostrogoth from the struggle of the Roman empire against the Barbarians. Each entry gives an outline of the story, how it spread through Europe, its modern retellings and appearances in art, and a selective bibliography. WILLEM GERRITSEN is Professor of Medieval Literature in the University of Utrecht; ANTHONY van MELLE is a lecturer in the Faculty of Education, School of Languages, Utrecht.