Dictionary of Electronics and Electrical Engineering 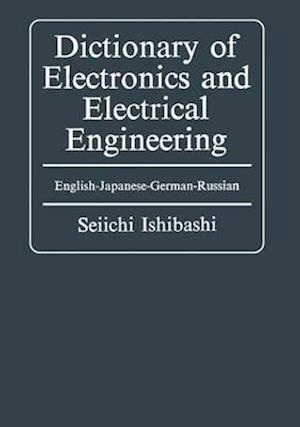 The first edition of this dictionary was published in 1964, and the revised second edition appeared in 1968. Since then electrical engineering has made great progress and has enlarged rapidly along with its associated fields. Accordingly, the terms required for electrical engineering have greatly increased. Therefore the publishers, Ohmsha, Ltd. decided to publish this extensively revised and enlarged third edition. The original editor, Dr. Yuichi Ishibashi, who is my father, devoted great energy to compiling revisions after the appearance of the second edition, but he passed away in 1969 leaving his work in the form of a mass of manuscript cards. Since my speciality is the same as my father's, Mr. Sato, the managing director of Ohmsha, Ltd. approached me with his request to compile this third edition, to which I agreed to bring my father's efforts to fruition. Following the trend of the first and second editions, in addition to the customary technical terms of electrical engineering, electronics, and communications, this third edition attempts to include relevant terms from the basic sciences of mathematics, physics, and chemistry, as well as from automation, data processing, instrumentation, nucleonics, mechanical engineer ing, civil engineering, architecture and economics. Also I have tried to include as many verbs, adjectives, and adverbs that appear frequently in general engineering literature as possible. The result is that this third edition contains over 42,000 vocabulary entries.

Forfatter
Bibliotekernes beskrivelse The first edition of this dictionary was published in 1964, and the revised second edition appeared in 1968. 1 Paperback / softback LXVI, 1783 p.