- Whistle in His Mouth, Heart on His Sleeve 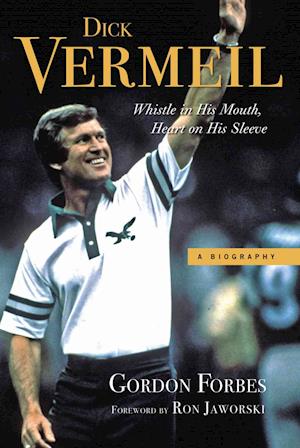 The first comprehensive biography of one of the greatest coaches in NFL history, Dick Vermeil: Whistle in His Mouth, Heart on His Sleeve, details the coach's early days as a star athlete in California, through his Super Bowl with the St. Louis Rams and coming out of retirement for a second time to lead the Kansas City Chiefs. A behind-the-scene look at a inspirational leader, this biography includes the stories on Vermeil's rapid success with his first professional coaching job and the reasons behind his burnout and abrupt retirement, the years he spent away from the sidelines and the influence they had on his return, his triumphant coaching comeback that culminated with a shocking Super Bowl victory, and an inside-look at the actual Off-Season Conditioning Manual that Vermeil implemented for the 1977 Eagles. This biography stands as an inspiring, enlightening, and often poignant look back at the life of one of the game's greatest coaches and most unforgettable characters.