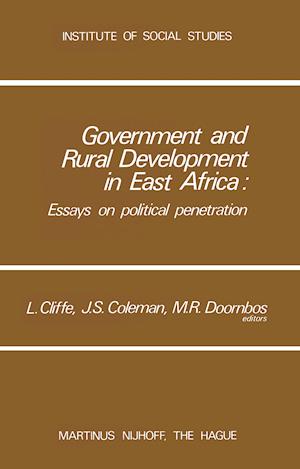 The gestation period of this collection has been lengthy even by academic stan dards. Some of our long-suffering contributors prepared their original drafts for a workshop held in Nairobi in 1967, and although they have all up-dated their contributions they are still essentially reporting on research conducted in the late 1960s. However, we feel that their various findings and analyses of the issues they respectively treat have a continuing validity in our comprehension of the problem of rural development. Other contributions reporting on more recent work have been incorporated at different times since, most of them not commissioned especially for this symposium but all adding something to our understanding of the problem. The slow accumulation of material which makes up this fmal collection parallels an evolution in our own collective thinking, if indeed not that of most students of 'development' over the past decade. The progression has not been towards fmal clarification of the complex and changing East African realities, nor towards formulation of an accepted model for their analysis; rather, it has been marked by the questioning of the initial, somewhat simplistic assumptions with which some of us started out and a continuing debate and widening polar ization of views about the significance of that process of government 'pene tration' of the rural areas which is our focus, about the positive or negative value of 'development' policies in East Africa and, indeed, about the appropri ate theoretical approaches to the study of 'development' in general.