- Gehder, M: Development and Validation of Indicators for the 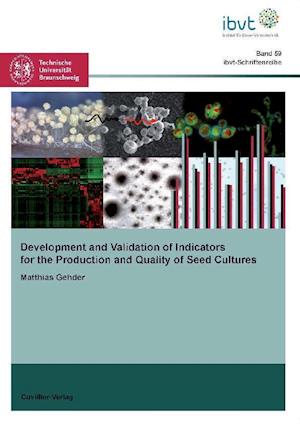 Cultivations of filamentous fungi are of large industrial and scientific interest. However, the utmost starting point of the majority of those cultivations, the inoculum consisting of fungal spores, has previously been neglected. This work hence introduces a total of nine spore quality indicators and subsequently correlates the sporulation environome to the properties of the generated spores and their performance in submerged cultivation. The model organism is Aspergillus ochraceus while the model process is the hydroxylation of a steroid. A positive correlation between the spore yield and the substrate¿s carbon content on solid medium was found with oat bran agar giving best yields of 26 107 spores/mL at carbon concentrations of 15.4 g/L in the solid medium. The assessment of the conidial metabolome revealed the presence of 126 metabolites. Particularly polyols, such as glycerol, erythritol and ribitol, are found at high concentrations of up to 55 ng/105 spores. It was further shown, that several of these metabolites are degraded within the spores during storage for 7 d in saline solution. Their concentrations also strongly correlate with the storage resistance of the conidia as well as with their performance in subsequent submerged cultivations. Highest reactant turnover of approx. 80 % was determined after 72 h of cultivation with spores generated on wheat bran agar. The culture performance is further a function of the portion of protein bound NAD(P)H, which was determined and spatially visualized by means of two-photon fluorescence lifetime imaging.