- The CIA's Quest to Control the Government 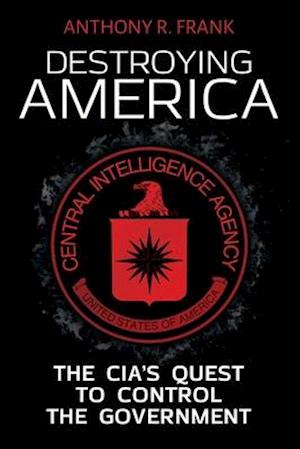 Meticulously sourced and rife with documentation from beginning to end, DESTROYING AMERICA lays out the most shocking information that has ever come forth on corruption in the CIA and the United States government. . . . DESTROYING AMERICA details the CIA's quest to control the government and shows how one Presidential Administration after another supported egregious corruption in the CIA and government. It shows how Members of Congress, both Democrats and Republicans, are intricately involved in CIA corruption. It quickly becomes clear that CIA machinations have corrupted both the Presidency and Congress. . . . Covert CIA officers using "nonofficial covers" as politicians have been elected to Congress and the Presidency. Over the years, CIA officers in Congress have risen to become some of the most powerful and well-known Members of Congress. They have ranged across the political spectrum from the far left to the far right, as both groups were easy to exploit while CIA officers established themselves in government, supporting liberal and conservative causes. . . . Virulently corrupt elements of the CIA have been destroying our Constitution and corrupting our government far beyond what anyone could imagine. DESTROYING AMERICA explains how they orchestrated President Kennedy's assassination and the ensuing coverup, and it lays out how sixteen Members of Congress died from "suicides" and "accidents" in 34 years. . . . DESTROYING AMERICA is a shocking expos that will change the course of history in the United States. It is time for all of America to know the truth. Buy this book and learn the truth.