indgår i serie Knights of the Black Cross 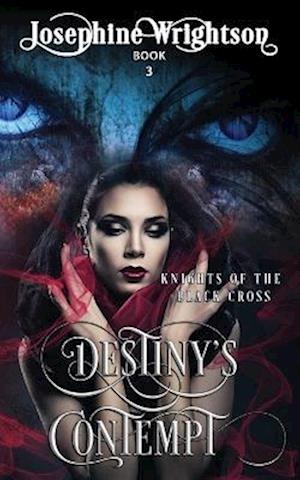 The Knights of the Black Cross were a mixed bunch of creatures, shifters and now a spectacular human. Well, almost. A lady who was once all human. Now a mix, a half-ling. A name which had stuck, even if the creature she was becoming did not appreciate it. Yet, it was not said with anything other than love. Because she was loved, by her mate and his friends alike. They saw her growing to shine. Becoming so much more than any of them expected, but everyone was different. And only time could tell what she would fully become and be capable of. Time, which was possibly not on their side. It enveloped minds and thoughts as a collective considering - what?

Life had changed not only for her, but them all. What was to happen next? None knew, but all felt it. Especially, Xavion. He looked at her, his lover. She seemed so frail, or so he imagined. Not fully aware of what she was and what she would become. His heart burst with love for her. Thoughts that he could lose something so special were unimaginable. His father had managed to keep his treasured soul, but him. Would he? Because he had no intention of losing her, if it meant making her a prisoner of hell. He would. Because, he was not going to lose her, not now - not ever Nonetheless, all knew things were about to change. Yet, what was going to change? And would Death be forced to play a part?

Fated Mates striving to save not only themselves.

An epic battle to be fought by the few to save, one.

Even Demons fall in love.