Despise Not Thy Mother

- A Widow's Quest for Truth 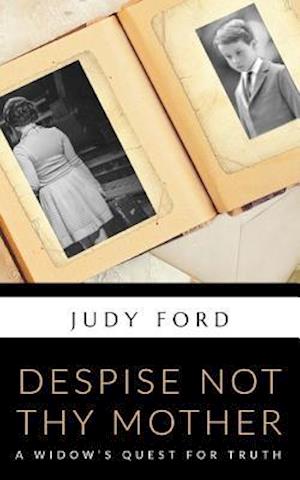 When Detective Superintendent Richard Paige is killed while pursuing a suspect, his pregnant wife, Bernie, is determined to find out more about his background for the sake of their unborn child. His mother, Eleanor, is strangely reluctant to speak about Richard's early life and Bernie becomes suspicious that there may be some dark secret in his childhood.With the help of two of Richard's police colleagues, she starts to piece together the story of his life. Richard's childhood sweetheart and her father reveal valuable information; but it is not until after Eleanor's own death that Bernie discovers the truth.Alongside her quest to learn more of her husband's past and how a dramatic event in his childhood influenced his whole life, Bernie goes through her own emotional journey, eventually finding contentment in a new relationship with an old friend.This novel contains a number of separate sub-plots, relating events from the past. This structure makes it an easy book to read over a period of time, because each chapter can be treated as an individual short story, as well as contributing to the overall narrative.A variety of social and emotional issues are explored, including the violent death of a spouse, mother-child relationships and racial tensions.The book is written from a Christian perspective, but does not intend to preach. Rather it aims to encourge thoughtful consideration of questions for which there are no easy answers.