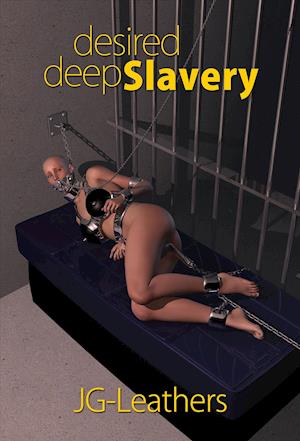 Orphaned as a teenager, Julia craves structure and a permanent arrangement in her troubled life. When she?s taken by in the wealthy Alexandra von Strassen, her latent lesbian tendencies soon come to full flower and she falls head-over-heels in love with Alexandra, wanting to become hers in all conceivable ways. Soon Julia shares with Alexandra her most deeply held secret to be totally controlled, while Alexandra shares with her charge a complementary desire to possess a slave girl. Julia is now determined to be that girl. Although Alexandra initially moves with some caution to advance their corresponding desires, once the eager Julia commits to total enslavement as spelled out in the contract she?s required to sign, there is no turning back, and Alexandra moves ahead to enact her plans. Julia?s evolution as a fulltime 24/7 slave begins with elaborately created costumes she never dreamt were possible. Not only are these unusual garments horribly restrictive, they are impossible to escape from. As surely as night follows day, rubber, steel, chains, and deep imprisonment become the norm in Julia?s circumscribed life, to say nothing of the exotic piercings, the permanently-fitted bondage appliances and the horrid work regime that follows. To Julia?s further dismay, she finds that Alexandra?s acquisitiveness is not for her alone. She?ll be the first in a harem of bondage slaves, and the interactions with the mistress she loves will become all too rare. This is not what Julia envisioned when she gave herself to Alexandra! But it is too late to alter the course of her young life.