- Comparative Lessons from the Federal Experience 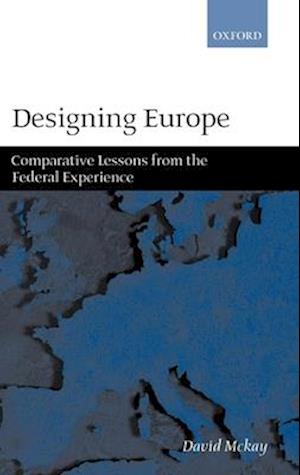 Few dispute that one of the most pressing issues for the future of Europe is the question of constitutional design. To what extent will unanimity voting in the Council of Ministers be replaced by qualified majority voting and how should these votes be distributed by country? Should the European Parliament assume a meaningful policy making role? How should the Commission be reformed? Generally this debate uses the existing and past experience of the European Union asa basis for future reform. Comparisons with other political systems, and in particular with those systems that devolve power to states, provinces and regions are rarely attempted. Yet with EMU in place and further deepening of EU responsibilities scheduled, much can be learnt from the experience ofother systems and especially established federations. Designing Europe shows how in five cases - the US, Canada, Australia, Germany and Switzerland - the rules established in founding constitutions greatly influenced the ways in which federal-state relations evolved. In some cases, for example Canada, these rules proved inappropriate for the balance of provincial and central power, while in others, such as Switzerland, more favourable institutional rules prevailed. In all cases politicalparties have played a major role in brokering this balance of central and regional power. And in all cases intergovernmental fiscal relations have been central to the debate.Designing Europe concludes that because, like Switzerland, the EU is both highly decentralised and heterogeneous, super-majoritarian decision rules should apply to EU decision making. In addition further checks on central power should be provided through a carefully coded constitution which could only be amended via popular approval in member states.

Forfattere
Bibliotekernes beskrivelse McKay examines the likely policy dynamics of the European Union following the adoption of a single currency in 1999. The volume studies the experience of existing federations with the specific purpose of identifying those arrangements that hold lessons for the emerging European polity. tables and figuresPRIZES:Winner of Winner of the 2001 W. J. M. Mackenzie Prize awarded by the Political Studies Association.