- An Introduction to the Literature of Early Monasticism 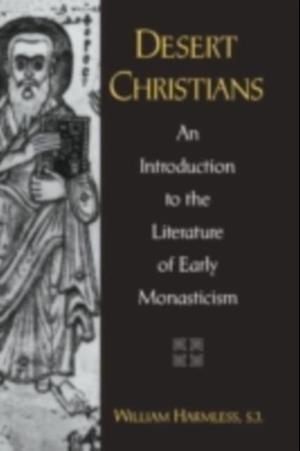 In the fourth century, the deserts of Egypt became the nerve center of a radical new movement, what we now call monasticism. Groups of Christians-from illiterate peasants to learned intellectuals-moved out to the wastelands beyond the Nile Valley and, in the famous words of Saint Athanasius, made the desert a city. In so doing, they captured the imagination of the ancient world. They forged techniques of prayer and asceticism, of discipleship and spiritual direction, that have remained central to Christianity ever since. Seeking to map the soul's long journey to God and plot out the subtle vagaries of the human heart, they created and inspired texts that became classics of Western spirituality. These Desert Christians were also brilliant storytellers, some of Christianity's finest. This book introduces the literature of early monasticism. It examines all the best-known works, including Athanasius' Life of Antony, the Lives of Pachomius, and the so-called Sayings of the Desert Fathers. Later chapters focus on two pioneers of monastic theology: Evagrius Ponticus, the first great theoretician of Christian mysticism; and John Cassian, who brought Egyptian monasticism to the Latin West. Along the way, readers are introduced to path-breaking discoveries-to new texts and recent archeological finds-that have revolutionized contemporary scholarship on monastic origins. Included are fascinating snippets from papyri and from little-known Coptic, Syriac, and Ethiopic texts. Interspersed in each chapter are illustrations, maps, and diagrams that help readers sort through the key texts and the richly-textured world of early monasticism. Geared to a wide audience and written in clear, jargon-free prose, Desert Christians offers the most comprehensive and accessible introduction to early monasticism.