- Politics, Collective Intelligence, and the Rule of the Many 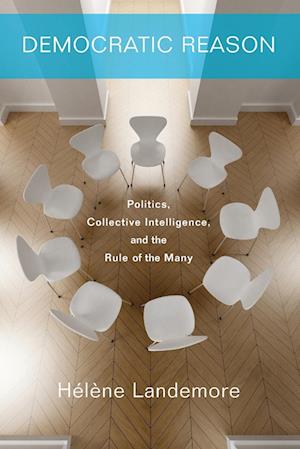 Individual decision making can often be wrong due to misinformation, impulses, or biases. Collective decision making, on the other hand, can be surprisingly accurate. In Democratic Reason, Helene Landemore demonstrates that the very factors behind the superiority of collective decision making add up to a strong case for democracy. She shows that the processes and procedures of democratic decision making form a cognitive system that ensures that decisions taken by the many are more likely to be right than decisions taken by the few. Democracy as a form of government is therefore valuable not only because it is legitimate and just, but also because it is smart. Landemore considers how the argument plays out with respect to two main mechanisms of democratic politics: inclusive deliberation and majority rule. In deliberative settings, the truth-tracking properties of deliberation are enhanced more by inclusiveness than by individual competence. Landemore explores this idea in the contexts of representative democracy and the selection of representatives.She also discusses several models for the "wisdom of crowds" channeled by majority rule, examining the trade-offs between inclusiveness and individual competence in voting. When inclusive deliberation and majority rule are combined, they beat less inclusive methods, in which one person or a small group decide. Democratic Reason thus establishes the superiority of democracy as a way of making decisions for the common good.