- Between Hope and Despair 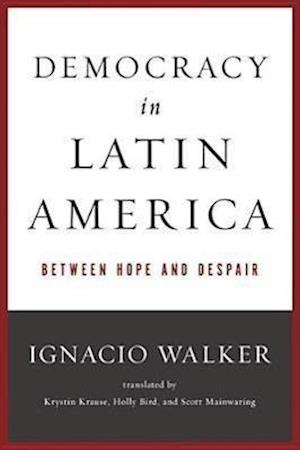 In 2009, Ignacio Walker--scholar, politician, and one of Latin America's leading public intellectuals--published La Democracia en Am rica Latina. Now available in English, with a new prologue, and significantly revised and updated for an English-speaking audience, Democracy in Latin America: Between Hope and Despair contributes to the necessary and urgent task of exploring both the possibilities and difficulties of establishing a stable democracy in Latin America.

Walker argues that, throughout the past century, Latin American history has been marked by the search for responses or alternatives to the crisis of oligarchic rule and the struggle to replace the oligarchic order with a democratic one. After reviewing some of the principal theories of democracy based on an analysis of the interactions of political, economic, and social factors, Walker maintains that it is primarily the actors, institutions, and public policies--not structural determinants--that create progress or regression in Latin American democracy.