Democracy in Dialogue, Dialogue in Democracy

- The Politics of Dialogue in Theory and Practice 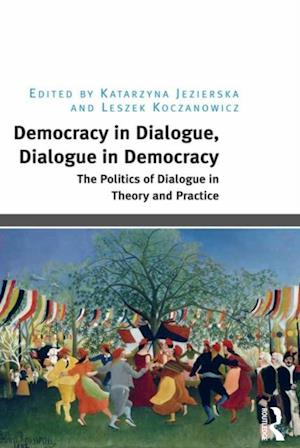 It is widely accepted that the machinery of multicultural societies and liberal democratic systems is dependent upon various forms of dialogue - dialogue between political parties, between different social groups, between the ruling and the ruled. But what are the conditions of a democratic dialogue and how does the philosophical dialogic approach apply to practice? Recently, facing challenges from mass protest movements across the globe, liberal democracy has found itself in urgent need of a solution to the problem of translating mass activity into dialogue, as well as that of designing borders of dialogue. Exploring the multifaceted nature of the concepts of dialogue and democracy, and critically examining materializations of dialogue in social life, this book offers a variety of perspectives on the theoretical and empirical interface between democracy and dialogue. Bringing together the latest work from scholars across Europe, Democracy in Dialogue, Dialogue in Democracy offers fresh theorizations of the role of dialogue in democratic thought and practice and will appeal to scholars of sociology, political science and social and political theory.