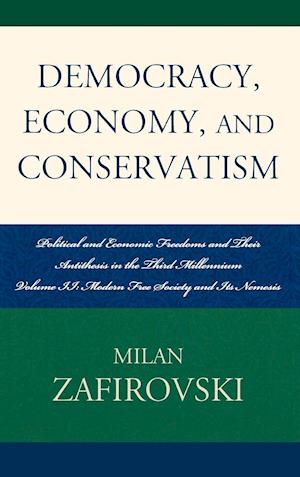 This book reconsiders the relationship of modern free society-in particular political democracy and a free-market economy-and conservatism as its formidable adversary. Milan Zafirovski identifies and documents the several ways conservatism functions as the nemesis of the democracy and the free market. He provides discussion on forms of conservative government and the rise of nationalism, imperialism, and militarism, with special attention to wars of aggression and the threat of mutually assured destruction (MAD). Combining economic and sociological theories gives the book a solid interdisciplinary approach, allowing for a thorough analysis of conservatism's overt and covert threats to modern free society. Zafirovski focuses on anti-democratic phenomena and uses historical and empirical evidence to support his assertions that the liberal-democratic ideal of individual and political liberty that most Western societies hold so dear is put at risk by the rise in conservatism on a global scale.