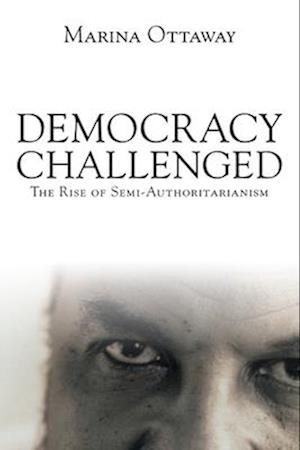 During the 1990s, international democracy promotion efforts led to the establishment of numerous regimes that cannot be easily classified as either authoritarian or democratic. They display characteristics of each, in short they are semi-authoritarian regimes. These regimes pose a considerable challenge to U.S. policymakers because the superficial stability of many semi-authoritarian regimes usually masks severe problems that need to be solved lest they lead to a future crisis. Additionally, these regimes call into question some of the ideas about democratic transitions that underpin the democracy promotion strategies of the United States and other Western countries. Despite their growing importance, semi-authoritarian regimes have not received systematic attention. Marina Ottaway examines five countries (Egypt, Azerbaijan, Venezuela, Croatia, and Senegal) which highlight the distinctive features of semi-authoritarianism and the special challenge each poses to policymakers. She explains why the dominant approach to democracy promotion isn't effective in these countries and concludes by suggesting alternative policies. Marina Ottaway is senior associate and codirector of the Democracy and Rule of Law Project at the Carnegie Endowment.