Democracy as the Political Empowerment of the People 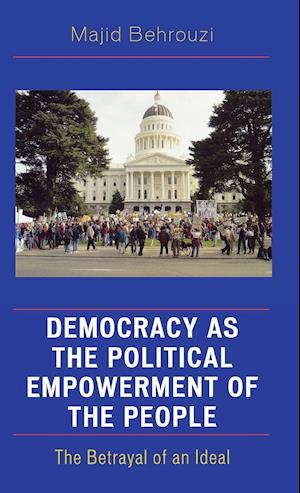 Democracy as the Political Empowerment of the People: The Betrayal of an Ideal argues that the conception of democracy that prevails in the general consciousness of the contemporary world is a distorted version of the "original" idea of democracy. An important component of democracy in its original formulation was the ideal of the citizens' direct participation in the legislative and political decision-making process, yet modern representative governments frequently disregard this fundamental component. While often justified by claims of impracticality, Majid Behrouzi sets up the case for a return to the ideal of direct democracy. Offering a short conceptual history of the idea of democracy, this book aims to provide an account of the efforts and the relevant historical and theoretical developments that have contributed to the "perversion" of the original idea of democracy, ultimately retrieving the idea of the direct, deliberative, and equal participation of all citizens in political decision-making. Together with its companion volume, Democracy as the Political Empowerment of the Citizen: Direct-Deliberative e-Democracy, this book is essential to scholars interested in the evolution of modern democracy and the future of politics.