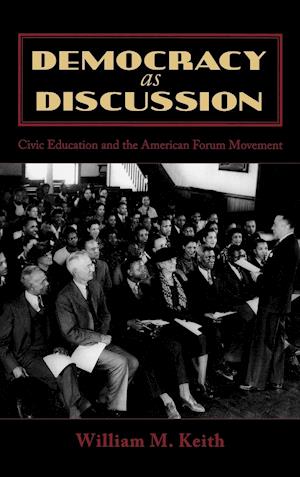 As Americans worry ever more about the effects of media on the quality of public deliberation, they have developed a renewed interest in public discussion, especially face-to-face public discussion. Over a century ago, public forums-organized and widespread-provided a place where citizens could discuss the political issues of the day, and they became a means of adult civic education. William M. Keith documents the college course developed by the new field of Speech to teach the skills of discussion, as well as the forum movement, which culminated in the Federal Forum Project. Using primary sources from archives around the country, Democracy as Discussion traces the early history of the Speech field, the development of discussion as an alternative to debate, and the Deweyan Progressive philosophy of discussion that swept the U.S. For the first time the structure and details of the Federal Forum project in the context of the forum movement and adult civic education in the U.S. are recounted and analyzed, making this book a valuable resource in the study of political communication and history.