- The Physical Sites of Democratic Performance 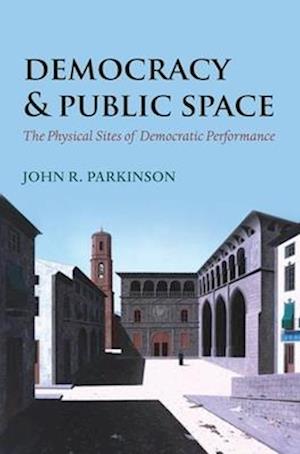 In an online, interconnected world, democracy is increasingly made up of wikis and blogs, pokes and tweets. Citizens have become accidental journalists thanks to their handheld devices, politicians are increasingly working online, and the traditional sites of democracy - assemblies, public galleries, and plazas - are becoming less and less relevant with every new technology. And yet, this book argues, such views are leading us to confuse the medium with the message,focusing on electronic transmission when often what cyber citizens transmit is pictures and narratives of real democratic action in physical space. Democratic citizens are embodied, take up space, battle over access to physical resources, and perform democracy on physical stages at least as much asthey engage with ideas in virtual space. Combining conceptual analysis with interviews and observation in capital cities on every continent, John Parkinson argues that democracy requires physical public space; that some kinds of space are better for performing some democratic roles than others; and that some of the most valuable kinds of space are under attack in developed democracies. He argues that accidental publics like shoppers and lunchtime crowds are increasingly valued over purposive,active publics, over citizens with a point to make or an argument to listen to. This can be seen not just in the way that traditional protest is regulated, but in the ways that ordinary city streets and parks are managed, even in the design of such quintessentially democratic spaces as legislativeassemblies. The book offers an alternative vision for democratic public space, and evaluates 11 cities - from London to Tokyo - against that ideal.

Forfattere
Bibliotekernes beskrivelse Democracy and Public Space claims that the current fashion for online democracy risks undermining democracy's very foundations. Challenging the received academic wisdom, the author offers a compelling, new vision of democratic public space and assesses the success of eleven world cities in the light of it. Over 30 black and white photographs