Deleuze, Guattari and the Art of Multiplicity 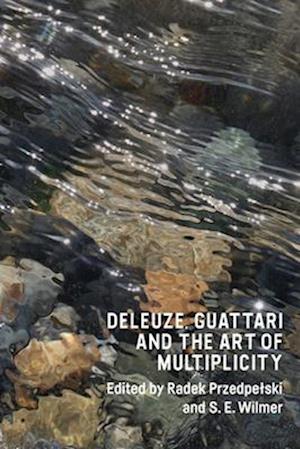 Explores the concept of multiplicity in Deleuze and Guattari's work and its relevance to artistic practice. Western philosophy has habitually privileged notions of identity, essence and static existence. The importance of Deleuze and Guattari is that they critically interrogate this pattern, and instead emphasise multiplicities. This collection of essays from a range of philosophers and art practitioners, such as Mieke Bal, James Williams, Laura Marks, Gary Genosko and Eugene Holland, engages with the philosophical concept of multiplicity in novel ways.Divided into two parts, the first section includes theoretical essays on the concept of multiplicities, on affect and politics as well as the thought of Raymond Ruyer and Gilbert Simondon. The second section presents essays on specific art practices such as the plastic arts, theatre, performance and music.Illustrated with eight fascinating case studies of unusual and marginalised forms of artistic practice such as Islamic talismanic magic, refugee theatre and Aboriginal ritual, and featuring 18 illustrations by virtually unknown Eastern European avant-garde artists amongst others, the articles of this volume are at once a work of 'practical philosophy' in the Deleuzian sense and also a polyphonic artwork.

Forfatter
Bibliotekernes beskrivelse This collection of essays from a range of philosophers and art practitioners offers tools through which we can action change across art and philosophy, across a range of media and across the theory/practice divide. 7 B/W illustrations 8 colour illustrations 5 B/W line art