- The Politics of Nuclear Reversal

indgår i serie Bridging the Gap 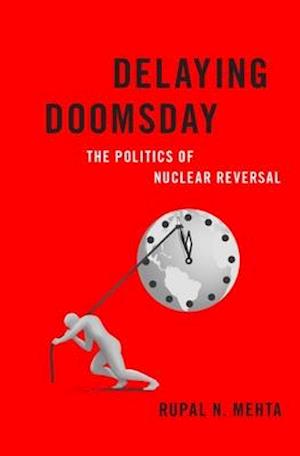 In 1960, President Kennedy warned of a dangerous future, rife with nuclear-armed states and a widespread penchant for conflict by the end of the century. Thankfully, his prediction failed to pass; in fact, roughly three times as many countries have since opted to give up their nuclear pursuit or relinquish existing weapons than have maintained their arsenals. Nevertheless, clandestine acquisition of nuclear materials and technology by states such as Iraq, Syria, andIran, and a nuclear North Korea, has reaffirmed the need for United States' commitment to pursuing aggressive counterproliferation strategies, particularly with rogue states. This book looks at the experiences of countries that ventured down the path of nuclear proliferation but were stopped short, and examines how the international community bargains with proliferators to encourage nuclear reversal. It asks why so many states have relented to pressure to abandon their nuclear weapons programs, and which counterproliferation policies have been successful. Rupal N. Mehta argues that the international community can persuade countries to reverse their weapons programswith rewards and sanctions especially when the threat to use military force remains "on the table". Specifically, nuclear reversal is most likely when states are threatened with sanctions and offered face-saving rewards that help them withstand domestic political opposition. Historically, the UnitedStates has relied on a variety of policy levers-including economic and civilian nuclear assistance and, sometimes, security guarantees, as well as economic sanctions-to achieve nuclear reversal. Underlying these negotiations is the possibility of military intervention, which incentivizes states to accept the agreement (often spearheaded by the United States) and end their nuclear pursuit. The book draws on interviews with current and former policymakers, as well as in-depth case studies of India, Iran, and North Korea, to provide policy recommendations on how best to manage nuclear proliferation challenges from rogue states. It also outlines the proliferation horizon, or the set of state and non-state actors that are likely to have interest in acquiring nuclear technology for civilian, military, or unknown purposes. The book concludes with implications and recommendations forU.S. and global nuclear counterproliferation policy.