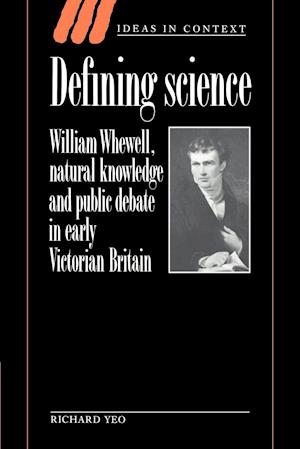 This 1993 book deals with debates about science - its history, philosophy and moral value - in the first half of the nineteenth century, a period in which the 'modern' features of science developed. Defining Science also examines the different forms or genres in which science was discussed in the public sphere - most crucially in the Victorian review journals, but also in biographical, historical and educational works. William Whewell wrote major works on the history and philosophy of science before these became technical subjects. Consequently he had to define his own role as a metascientific critic (in a manner akin to cultural critics like Coleridge and Carlyle) as well as seeking to define science for both expert and lay audiences.