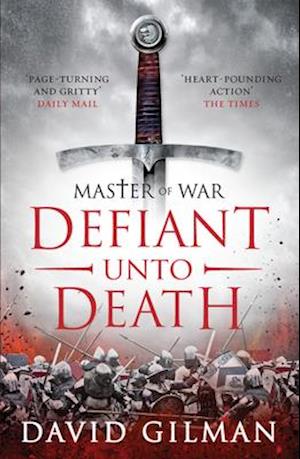 'Like a punch from a mailed fist, MASTER OF WAR gives a true taste of the Hundred Years War. It is a gripping chronicle of pitched battle, treachery and cruelty. The stench and harshness of medieval life is ever present' ROBERT FABBRI, bestselling author of the Vespasian series. FRANCE: 1356. Ten years ago, the greatest army in Christendom was slaughtered at Crecy. Archer Thomas Blackstone stood his ground and left that squalid field a knight. He has since carved out a small fiefdom in northern France, but the woulds of war still bleed and a traitor has given the King of France the means to destroy the English knight and his family. As the traitor's net tightens, so the French King's army draws in. Blackstone will stand and fight. He will defy his friends, his family and his king. He may yet defy death, but he can't defy his destiny: MASTER OF WAR.