Defiance of the Rose 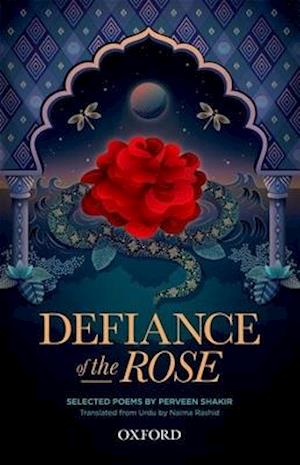 Both for the reader who knows Perveen Shakir as well as the one who does not, the poems in this volume offer a glimpse into the full breadth of her work. Between the chilling piece that opens the collection, and the troubling finale, many poems here will surprise even those who are already familiar with her work in Urdu. There is the beguilingly titled 'Tomato Ketchup' which marches steadily on to its startling conclusion, and the endlessly nuanced 'Those with theMemory of Camels', which unveils a new shade upon every reading. Also included in this collection are some insightful and astutely observed portraits of ordinary men and women in society as well as well-known figures. Rendered with the lightness of a water colour, their readability draws us in, and makes it all the more impactful when the final irony of their situation strikes at closure. All said and done, her signature poems will, perhaps, always remain the ones in which she explores the full spectrum of feminine experience without apology, from its pleasures to its ordeals, and the range of roles it encompasses. Beyond any simplistic black and white notions of feminism and its implied denials, her embrace of womanhood is courageous and nuanced, comfortable with all its inherent contradictions, and revelling in every shade of its experience. The hallmark of her work is her poetic style - simple, and crisp. Her verse maintains an airiness and ease of touch at all times. Even when the realms she explores are inky and opaque, her words never become obtuse ('Macbeth', 'An Unearthly Night'). Similarly, in her shorter, tauter poems, where she plays with the gymnastics of a single sentence, the acrobatics of form do not eclipse the message, and these short pieces strike with the spontaneity of an overheard snippet from a conversation('Tantrum', 'Reorienting Focus').