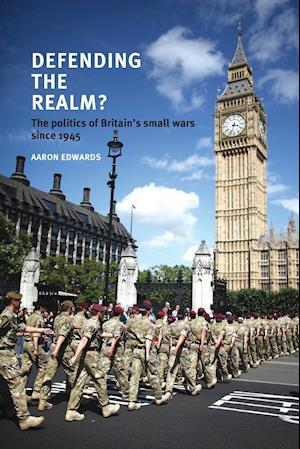 Britain is often revered for its extensive experience of waging 'small wars'. Its long imperial history is littered with high profile counter-insurgency campaigns, thus marking it out as the world's most seasoned practitioner of this type of warfare. This is the first book to detail the tactical and operational dynamics of Britain's small wars, arguing that the military's use of force was more heavily constrained by wider strategic and political considerations than previously admitted. Outlining the civil-military strategy followed by the British in Palestine, Malaya, Kenya, Cyprus, Aden, Northern Ireland, Iraq and Afghanistan, Defending the realm?, available for the first time in paperback, argues that Britain's small wars since 1945 were fought against the backdrop of an irrevocable decline in British power. Written from a theoretically-informed perspective, grounded in rich archival sources, oral testimonies and a revisionist reading of the literature on counter-insurgency and counter-terrorism, this is the definitive account of the politics of Britain's small wars. -- .