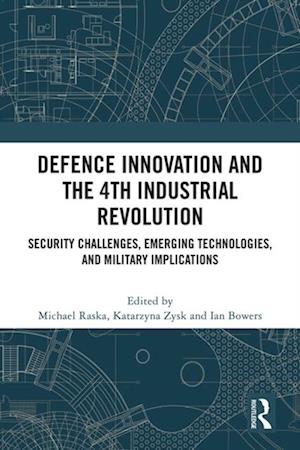 This book examines the implications of disruptive technologies of the Fourth Industrial Revolution (4IR) on military innovation and the use of force. It provides an in-depth understanding of how both large and small militaries are seeking to leverage 4IR emerging technologies and the effects such technologies may have on future conflicts. The 4th Industrial Revolution (4IR), the confluence of disruptive changes brought by emerging technologies such as artificial intelligence, robotics, nanotechnologies, and autonomous systems, has a profound impact on the direction and character of military innovation and use of force. The core themes in this edited volume reflect on the position of emerging technologies in the context of previous Revolutions in Military Affairs; compare how large resource-rich states (US, China, Russia) and small resource-limited states (Israel, Sweden, Norway) are adopting and integrating novel technologies and explore the difference between various innovation and adaptation models. The book also examines the operational implications of emerging technologies in potential flashpoints such as the South China Sea and the Baltic Sea. Written by a group of international scholars, this book uncovers the varying 4IR defence innovation trajectories, enablers, and constraints in pursuing military-technological advantages that will shape the character of future conflicts. The chapters in this book were originally published as a special issue of the Journal of Strategic Studies.