indgår i serie The Kaiyo Stories 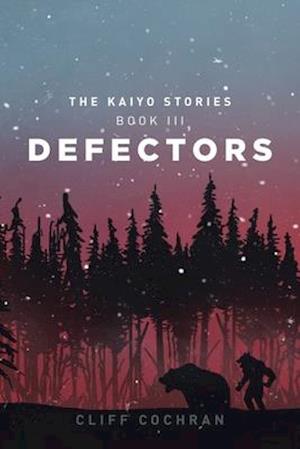 Kaiyo is now five years old and a thousand pounds. Tracking down what he thinks to be a bear poacher, Kaiyo is shot and pursued. But Kaiyo escapes and makes his way home to get his brother's help to go back and take out his attacker. At the same time, Kaiyo's human father, Sam McLeod, is told by a strange and ominous man that Kaiyo will be destroyed and is warned not to interfere. But Kaiyo and the Mcleods will not be intimidated. They soon learn that they and their friends are on a death list because they stand in the way of a vile, determined archdemon who patrols the American West. So begins a war at the farm and in the Absaroka mountains as both sides gather human soldiers and animal allies to fight and die in the fierce battles that are a part of the ancient war between unseen nations.