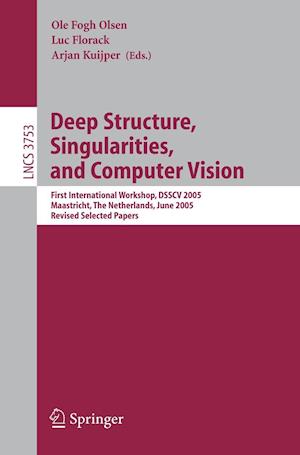 Whatisactuallytheinformationdirectlyrepresentedinthescale-space?Istarted to wonder about this shortly after Peter Johansen, 15 years ago, showed me his intriguing paper on how uniquely to reconstruct a band-limited 1D signal from its scale-space toppoints. Still, I have not fully understood its implications. Merely recording where structure vanishes under blurring is su?cient to fully reconstruct the details. Of course, technicalities exist, for example, you must also know negative scale toppoints. Nevertheless, I ?nd it surprising that we may trade the metric properties of a signal with the positions of its inherent structure. The result has been generalizedto analytic signals, shown also for the zero crossings of the Laplacean, but has not yet been generalized to 2D. This remains an open problem.In 2003, Peter Giblin, Liverpool University, Luc Florack, Eindhoven Univ- sity of Technology, Jon Sporring, University of Copenhagen, my colleague Ole Fogh Olsen, and several others started the project collaborationDeep Structure and Singularities in Computer Vision under the European Union, IST, Future and Emerging Technologies program, trying to obtain further knowledge about what informationis actuallycarriedby the singularitiesof shapesand gray-scale images. In this project, we probed from several directions the question of how much of the metric information is actually encoded in the structure of shapes and images. We, and many others, have given hints in this direction.