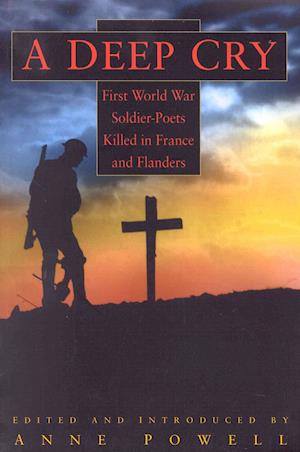 The lives, deaths, poetry, diaries and extracts from letters of sixty-six soldier-poets are brought together in this limited edition of Anne Powell's unique anthology; a fitting commemoration for the centenary of the First World War. These poems are not simply the works of well-known names such as Wilfred Owen - though they are represented - they have been painstakingly collected from a multitude of sources, and the relative obscurity of some of the voices makes the message all the more moving. Moreover, all but five of these soldiers lie within forty-five miles of Arras. Their deaths are described here in chronological order, with an account of each man's last battle. This in itself provides a revealing gradual change in the poetry from early naive patriotism to despair about the human race and the bitterness of 'Dulce et Decorum Est'.

Forfattere
Bibliotekernes beskrivelse Arranged by dates of death, this anthology gives the short life-and-death stories of 66 British poets killed in northern France and Belgium, including an account of the battle in which each died, with extracts from their poems, letters and diaries. maps