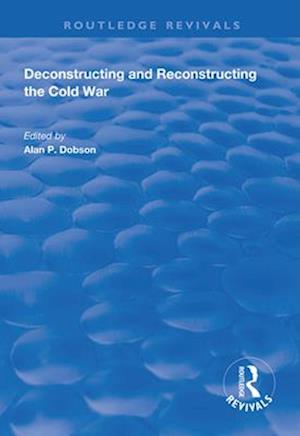 Published in 1999. These essays are not deconstructive in the postmodern sense. None of the authors have that depth of scepticism about knowledge claims, but they are all concerned that the terms of reference of Cold War enquiry have been inappropriately bounded. The chapters by Murray and Reynolds specifically address the broad theoretical issues involved with paradigms and explanation. The chapters by Dobson, Marsh, Malik, Evans and Dix stretch out Cold War paradigms with successive case studies of Anglo-American relations; the USA, Britain, Iran and the oil majors; the Gulf States and the Cold War; South Africa and the Cold War; and Indian neutralism. All five authors challenge the efficacy of neo-realist analysis and explanation and critique the way that assumptions derived from that position have been used in historical explanation. The chapters by Ryall, Rogers and Bideleux deal with Roman Catholicism in East Central Europe, with nuclear matters and with the Soviet perspective. Each work goes beyond the limits of Cold War paradigms. Finally, Ponting places the Cold War in the broad context of world history. These essays provide thought-provoking scholarship which helps us both to nuance our understanding of the Cold War and to realise that it should not be taken as an all-embracing paradigm for the explanation of postwar international relations.