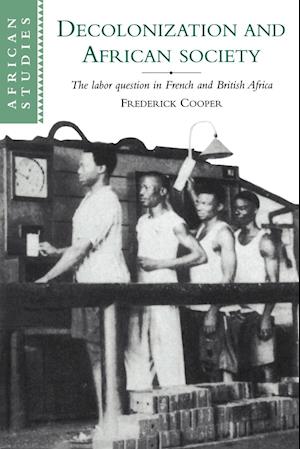 This detailed and authoritative volume changes our conceptions of 'imperial' and 'African' history. Frederick Cooper gathers a vast range of archival sources in French and English to achieve a truly comparative study of colonial policy toward the recruitment, control, and institutionalization of African labor forces from the mid 1930s, when the labor question was first posed, to the late 1950s, when decolonization was well under way. Professor Cooper explores colonial conceptions of the African worker and shows how African trade union and political leaders used the new language of social change to claim equality and a share of power. This helped to persuade European officials that the 'modern' Africa they imagined was unaffordable. Britain and France could not reshape African society. As they left the continent, the question was how they had affected the ways in which Africans could reorganize society themselves.