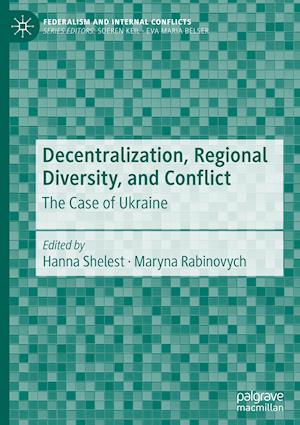 This edited volume focuses on the links between the ongoing crisis in and around Ukraine, regional diversity, and the reform of decentralization. It provides in-depth insights into the historical constitution of regional diversity and the evolution of center-periphery relationships in Ukraine, the legal qualification of the conflict in Eastern Ukraine, and the role of the decentralization reform in promoting conflict resolution, as well as modernization, democratization and European integration of Ukraine. Particular emphasis lies on the securitization of both regional diversity issues and territorial self-government arrangements in terms of Russia's support for self-proclaimed Donetsk and Luhansk People's Republics. The volume captures the complexity of contemporary "hybrid" conflicts, involving both internal and external aspects, and the hybridization and securitization of territorial self-governance solutions. It thus provides an important contribution to the debate on territorial self-government and conflict resolution.