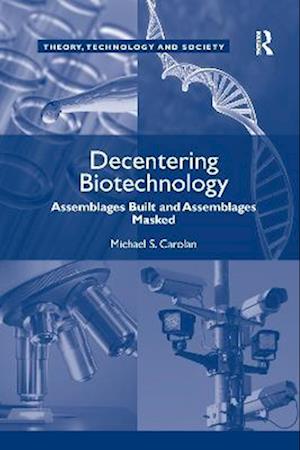 Decentering Biotechnology explores the nature of technology, objects and patent law. Investigating the patenting of organic life and the manner in which artifacts of biotechnology are given their object-ive appearance, Carolan details the enrollment mechanisms that give biotechnology its momentum. Drawing on legal judgements and case studies, this fascinating book examines the nature of object-ification, as a thought and a thing, without which biotechnology, as it is done today, would not be possible. Unable to reject biotechnology per se, recognizing that such a rejection would essentialize the very object-ive categories shown to be manufactured, Carolan ultimately argues for doing biotechnology differently. A theoretically sophisticated analysis of the nature of objects and the role of technology as a form of life which shapes the social landscape, Decentering Biotechnology engages with questions of power, globalization, development, resistance, exclusion, and participation that arise from treating biological objects differently from conventional property forms. As such, it will appeal to social theorists, sociologists and philosophers, as well as scholars of law and science and technology studies.