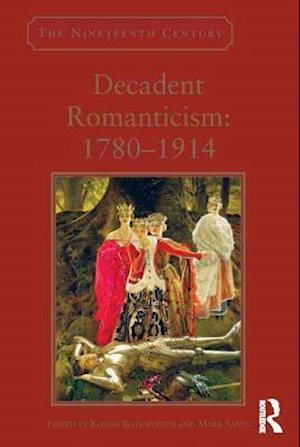 For Decadent authors, Romanticism was a source of powerful imaginative revisionism, perversion, transition, and partial negation. But for all these strong Decadent reactions against the period, the cultural phenomenon of Decadence shared with Romanticism a mutual distrust of the philosophy of utilitarianism and the aesthetics of neo-Classicism. Reflecting on the interstices between Romantic and Decadent literature, Decadent Romanticism reassesses the diverse and creative reactions of Decadent authors to Romanticism between 1780 and 1914, while also remaining alert to the prescience of the Romantic imagination to envisage its own distorted, darker, perverted, other self. Creative pairings include William Blake and his Decadent critics, the recurring figure of the sphinx in the work of Thomas De Quincey and Decadent writers, and Percy Shelley with both Mathilde Blind and Swinburne. Not surprisingly, John Keats's works are a particular focus, in essays that explore Keats's literary and visual legacies and his resonance for writers who considered him an icon of art for art's sake. Crucial to this critical reassessment are the shared obsessions of Romanticism and Decadence with subjectivity, isolation, addiction, fragmentation, representation, romance, and voyeurism, as well as a poetics of desire and anxieties over the purpose of aestheticism.