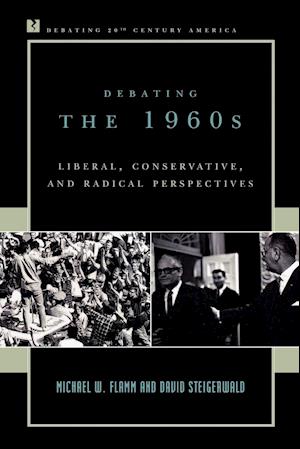 The conventional interpretation of the 1960s emphasizes how liberal, even radical, the decade was. It was, after all, the age of mass protests against the Vietnam War and social movements on behalf of civil rights and women's rights. It was also an era when the counterculture challenged many of the values and beliefs held by morally traditional Americans. But a newer interpretation stresses how truly polarized the 1960s were. It portrays how radicals, liberals, and conservatives repeatedly clashed in ideological combat for the hearts and minds of Americans. Millions in the center and on the right contested the counterculture, defended the Vietnam War, and opposed civil rights.Debating the 1960s explores the decade through the arguments and controversies between radicals, liberals, and conservatives. The focus is on four main areas of contention: social welfare, civil rights, foreign relations, and social order. The book also examines the emergence of the New Left and the modern conservative movement. Finally, it assesses the enduring importance of the 1960s on contemporary American politics and society. Combining analytical essays and historical documents, the book highlights the polarization of the decade by focusing on the political, social, and cultural debates that divided the nation then and now.