- Is It Wrong to Reproduce? 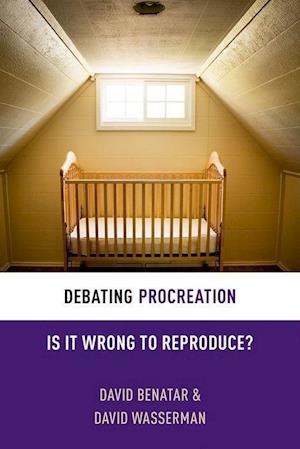 While procreation is ubiquitous, attention to the ethical issues involved in creating children is relatively rare. In Debating Procreation, David Benatar and David Wasserman take opposing views on this important question. David Benatar argues for the anti-natalist view that it is always wrong to bring new people into existence. He argues that coming into existence is always a serious harm and that even if it were not always so, the risk of serious harm issufficiently great to make procreation wrong. In addition to these "philanthropic" arguments, he advances the "misanthropic" one that because humans are so defective and cause vast amounts of harm, it is wrong to create more of them.David Wasserman defends procreation against the anti-natalist challenge. He outlines a variety of moderate pro-natalist positions, which all see procreation as often permissible but never required. After criticizing the main anti-natalist arguments, he reviews those pronatalist positions. He argues that constraints on procreation are best understood in terms of the role morality of prospective parents, considers different views of that role morality, and argues for one that imposes only limitedconstraints based on the well-being of the future child. He then argues that the expected good of a future child and of the parent-child relationship can provide a strong justification for procreation in the face of expected adversities without giving individuals any moral reason toprocreate

Forfattere
Bibliotekernes beskrivelse While procreation is ubiquitous, attention to the ethical issues involved in creating children is relatively rare. The authors of Debating Procreation take opposing views on this important question.