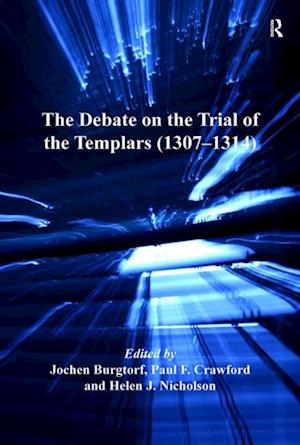 Seven hundred years after the dissolution of the order, the trial of the Templars still arouses enormous controversy and speculation. In October 1307, all the brothers of the military-religious order of the Temple in France were arrested on the instructions of King Philip IV and charged with heresy and other crimes. In 1312, Pope Clement V, at the Council of Vienne, dissolved the order. Since the 1970s, there has been increasing scholarly interest in the trial, and a series of books and articles have widened scholars' understanding of causes of this notorious affair, its course and its aftermath. However, many gaps in knowledge and understanding remain. What were the Templars doing in the months and years before the trial? Why did the king of France attack the Order? What evidence is there for the Templars' guilt? What became of the Templars and their property after the end of the Order? This book collects together the research of both junior and senior scholars from around the world in order to establish the current state of scholarship and identify areas for new research. Individual chapters examine various aspects of the background to the trial, the financial, political and religious context of the trial in France, the value of the Templars' testimonies, and consider the trial across the whole of Europe, from Poland and Cyprus to Ireland and Portugal. Rather than trying to close the discussion on the trial of the Templars, this book opens a new chapter in the ongoing scholarly debate.