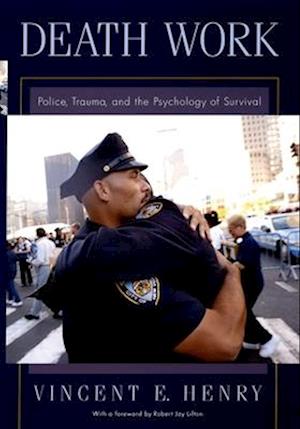 Contemporary urban police officers are routinely exposed to the death of others, as well as to frequent and profound encounters with their own mortality. Here, Vincent Henry draws on two disparate bodies of theory and research - policing and the psychology of human responses to death - to illuminate how officers and their subculture are shaped by exposures to death. Through extensive field observation and structured interviews with NYPD officers, Henry defines anddistinguishes the range and types of exposures to death in four "task environments": the rookie cop, patrol sergeant, homicide detective, and crime scene technician. He differentiates the officers' experience from others involved in death work, such as doctors, soldiers, and rescue workers, byexploring their singular occupational culture - the potential for violent death, the ritual of police funerals, strong in-group solidarity. Ultimately, the book reveals patterns of psychological transformation and social consequences of police encounters with death. Henry identifies common themes, including psychic numbing, the death imprint image, suspicion of counterfeit nurturance, death guilt, and the quest to make meaning. With a foreword by Robert Jay Lifton and a chapter devoted tothe local police response to the World Trade Center attacks, Death Work will be of interest to psychologists and criminal justice experts, as well as police officers eager to gain insight into their unique relationship to death.