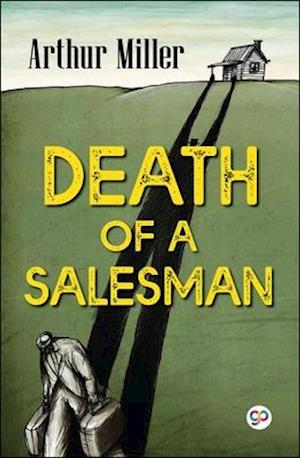 It was first performed in 1949, Death of a Salesman has been recognized as a milestone of the American theater. Willy Loman, the aging, failing salesman who makes his living riding on a smile and a shoeshine. He lives in a fragile world of elaborate excuses and daydreams, conflating past and present in a desperate attempt to make sense of himself and of a world that once promised so much. At age 63, he searches for the moment his life took a wrong turn, the moment of betrayal that undermined his relationship with his wife and destroyed his relationship with Biff, the son in whom he invested his faith. Arthur Miller redefined the tragic hero as a man whose dreams are at once insupportably vast and dangerously insubstantial. 'By common consent, this is one of the finest dramas in the whole range of the American theater.' -The New York TimesAbout the Author:Arthur Miller, in full Arthur Asher Miller, (born October 17, 1915, New York, New York, U.S.-died February 10, 2005, Roxbury, Connecticut), American playwright, who combined social awareness with a searching concern for his characters' inner lives. His plays include 'All My Sons', 'Death of a Salesman', 'The Crucible', 'A View from the Bridge' and 'A Memory of Two Mondays'. His latest book is On Politics and the Art of Acting. Miller was granted with the 2001 Medal for Distinguished Contribution to American Letters. He has twice won the New York Drama Critics Circle Award, and in 1949 he was awarded the Pulitzer Prize.