indgår i serie The Falconer Files 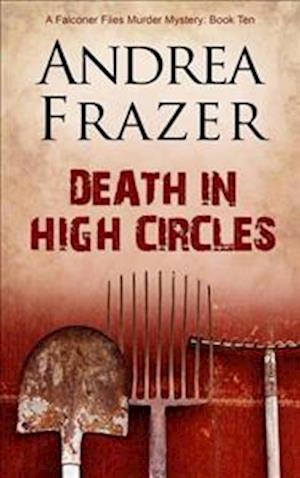 There is mischief afoot in the village of Fallow Fold. Persons unknown have been on a spree of vandalism, scratching cars, smashing colourful pots of flowers in full bloom, breaking greenhouse windows - and defiling a front door with a racist word, written in spray paint. The police are called, and given the unavailability of more junior personnel DI Harry Falconer and DS 'Davey' Carmichael arrive to investigate, but there are no obvious suspects.Then a resident is attacked as he keeps a nocturnal vigil, hoping to catch whoever is responsible for the vandalism. Soon, there is a surfeit of uncharacteristic behaviour from those who live there, and Falconer begins to suspect that there is more to come.When the man who runs the local bridge circle disappears, there is a palpable whiff of evil in the air - which leads to a murderous attack on one of the police officers. This is a time when DI Falconer is forced to search his soul to discover what, and who, is really important in his life, and what really matters in it.Death in High Circles is the tenth full-length instalment in the Falconer Files, detective novels featuring dastardly deeds done in picture-postcard villages - and a delightful slice of humour.

Forfattere
Bibliotekernes beskrivelse A village detective series with a delightful slice of humour.