- The Medici, Savonarola and the Battle for the Soul of Man 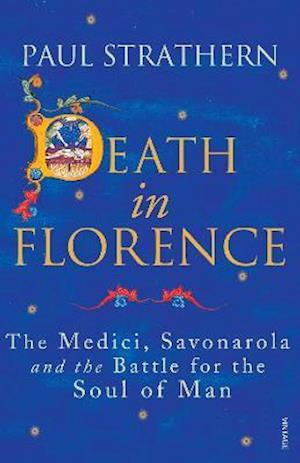 Lorenzo de' Medici: The embodiment of Florence's most powerful family, a brutal man who ruled the city with an iron fist, whilst protecting it from the shifting mire of Italian politics.Fra Girolamo Savonarola: An unprepossessing provincial monk whose sermons, filled with Old Testament fury, resonated with the disenfranchised population of the city.The battle between these two men would be a fight to the death, a series of sensational events - including a mighty foreign invasion, trial by fire, the 'Bonfire of the Vanities', terrible executions and mysterious deaths - featuring a cast of the most important and charismatic Renaissance figures.

Forfattere
Bibliotekernes beskrivelse Reveals the paradoxes, self-doubts and political compromises which made the battle for the soul of the Renaissance city one of the most complex and important moments in Western history.