Death and the Metropolis

indgår i serie Cambridge Studies in Population, Economy and Society in Past Time 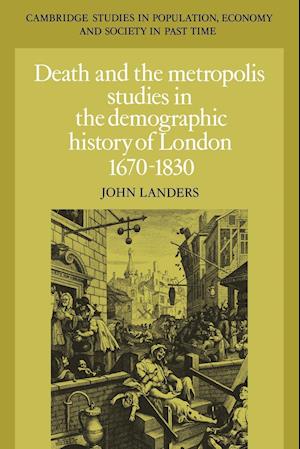 Death and the Metropolis offers a powerful analysis of demographic patterns in London over the 'long eighteenth century', concentrating on mortality but also including data on marital fertility, population structure and migration. The study is based on a variety of sources including weekly and annual Bills of Mortality, parish registers and Quaker vital registers, and employs the techniques of family reconstitution and aggregative analysis. The data are analysed within the framework of a structural model of mortality change comprising the proximate determinants of exposure to, and resistance against, infectious agents on the the part of populations. Within this framework a model is established describing the specific demographic and epidemiological characteristics of early modern metropolitan centres. The evidence indicates that mortality in London was much higher than in other settlements in England for most of the period, but declined steeply in the later eighteenth century. This apparently reflected changes in exposure to infections.